ARE YOU READY TO GET YOUR HAIR BACK? 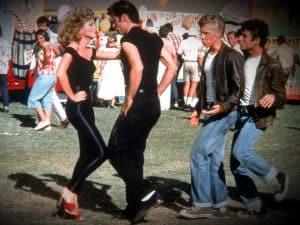 Allure’s website was one of many to note John Travolta’s hair at the recent “Meet ‘N’ Grease” sing-a-long held in Florida last weekend. The gathering was to celebrate the movie’s 40-year-old soundtrack, and movie fans, plus Travolta and Olivia Newton-John, were on hand. Wearing some iconic Grease costuming, the stars made headlines across the blog o’ sphere this week, with many online spots reporting (mostly positively) on the ‘duck-bill’ full head of hair Travolta was sporting.
For the past few months, John Travolta has been seen out and about with a shaven head. Actually, many online sources have conjectured over the state of the 65-year-old actor’s balding for quite some time. Here are Guci Image, we are well aware of the many famous men and women who wear hair. The fact that Travolta may indeed be bald or balding isn’t something anyone would be surprised about, nor would an N.J. hair replacement salon care all that much (only that Mr. T. was treating himself to a good unit or replacements). If the iconic star of the equally iconic movies “Saturday Night Fever,” “Pulp Fiction,” and “Grease,” has been thinning or is indeed bald, he has been outfitting himself with some fantastic hair during his career.
It seems though, reports about Travolta, like Allure’s hint at the fact that he simply went with a lace-font wig for this occasion, do not address whether he is or is not…without hair. Again, it’s nobody’s business save for Mr. Travolta’s hairstylist. Fans of the “Grease” came out in droves for the sing-a-long and to be in the presence of the film’s stars. Across Twitter, the compliments for Travolta’s hair, the entire event, were positive in the extreme.
John Travolta, sporting whatever hair he does or does not have, is certainly ‘the one’ the public still wants.